Do you have siblings? If not, maybe you have cousins you grew up with that were like a brother or a sister. In either case, have you ever encountered a situation where you were at odds with a family member? Maybe you didn’t see eye-to-eye on something and you were not on good terms for a moment but it didn’t matter because you’re still family. You eventually got over it, but during that time, of separation, you caught wind that bae baeee somebody was bad-mouthing your relative. At that point, it didn’t matter if you and that family member has a disagreement or not. Can’t nobody else talk about them or it’s gone be a problem. 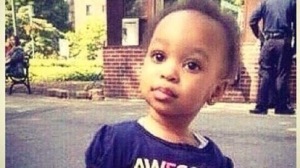 I had a thought about me having this conversation about my family with someone who was talking crazy. I wanted to share it with you. Think about this….

When we are in a relationship with God, we should have that same level of loyalty and commitment. See, God, is my Father and Jesus is my big brother…this is MY family now!

We have been adopted into a royal priesthood:

“But you are a chosen generation, a royal priesthood, a holy nation, His own special people, that you may proclaim the praises of Him who called you out of darkness into His marvelous light; who once were not a people but are now the people of God, who had not obtained mercy but now have obtained mercy.” ‭‭I Peter‬ ‭2:9-10‬ ‭NKJV‬‬

So now, that I am in the family, I have a relationship. God is my Father. Jesus is my brother. I will not accept you speaking ill against my family. It’s kinda like this. I can’t snap off because that’s not how my Father raised me. He told me to act like I have had some home training. Since I’m a part of the royal family now, I must behave like it. Since I’ve been spiritually raised, I must WALK with integrity. My Father taught me how to have some dignity and respect about myself so that I find favor with enemies and friends, and if I respond in any other way, I will disappoint Him and I simply cannot do that.

“Train up a child in the way he should go, And when he is old he will not depart from it.”‭‭Proverbs‬ ‭22:6 (NKJV)

So…now I hear you talking and saying my Father is not real, and all this here crap about the universe, and scientifically proven facts and all this gurgling. I shouldn’t get upset though because you’re speaking what you do not understand. You really have these emotions because My Father did not do what you had asked Him to and He should not have. Don’t get it twisted. My Father is not crazy. He knows when someone is trying to take advantage of Him, so puh-lease… don’t try to use my Father. That is not right! The reality is, that He did not do “it” because you were not properly introduced or you came at Him as if He owes you. Someone introduced you to my Father as a loan officer and not as a caregiver. Or maybe you were introduced by one of His play children!! Remember back in the day, we would say: “that’s my play cousin?” Whelp, you met somebody that was pretending to be an heir to the thrown of grace. They pretended to know who The Father is. They pretended to be related to Jesus, but they had no features. They had no characteristics. There are no traits. When you’re adopted into the family, you look like My Father. You act like Him. Your mannerisms are like Him.

“But the fruit of the Spirit is love, joy, peace, longsuffering, kindness, goodness, faithfulness, gentleness, self-control. Against such there is no law.” ‭‭Galatians‬ ‭5:22-23‬ ‭NKJV‬‬

My Father knows me and He knows I can slip up. That’s why I love my brother Jesus so. He always steps in and talks to my Father on my behalf. He is always looking out. He looked out for me when I didn’t look out for myself.

“But God showed his great love for us by sending Christ to die for us while we were still sinners. So now we can rejoice in our wonderful new relationship with God because our Lord Jesus Christ has made us friends of God.” ‭‭Romans‬ ‭5:8, 11‬ ‭NLT‬‬

“Again I say, don’t get involved in foolish, ignorant arguments that only start fights. A servant of the Lord must not quarrel but must be kind to everyone, be able to teach, and be patient with difficult people. Gently instruct those who oppose the truth. Perhaps God will change those people’s hearts, and they will learn the truth. Then they will come to their senses and escape from the devil’s trap. For they have been held captive by him to do whatever he wants.” ‭‭2 Timothy‬ ‭2:23-26‬ ‭NLT‬‬

I’ll pray that my Father continues to have mercy on you. And once you realize it, you’ll be looking to speak with me again. When that moment arrives, you’ll be ready to receive the adoption papers and then you’ll hear me:

“But when the right time came, God sent his Son, born of a woman, subject to the law. God sent him to buy freedom for us who were slaves to the law, so that he could adopt us as his very own children. And because we are his children, God has sent the Spirit of his Son into our hearts, prompting us to call out, “Abba, Father.” Now you are no longer a slave but God’s own child. And since you are his child, God has made you his heir.” ‭‭Galatians‬ ‭4:4-7‬ ‭NLT

That was a reenactment I had in my head of me speaking to someone who does not believe that Jesus is the Son of God and that God is the Creator of all. When will we have THAT loyalty and commitment towards them- that no matter what, we are committed, dedicated and passionate about our Savior, who He is and what He means to us?

5 thoughts on “Please Don’t Talk About My Family. ”