What if you saw a boxer enter the ring with oven mitts? Wouldn’t it look crazy if a football player wore hockey gear on game day? Your initial reaction may be one of: “Oh, the game is fixed. They wanted to lose!”

As crazy as this may sound, that is how we look trying to fight a spiritual battle with our fleshly mind.

For example. You’re having a pretty good day and all of a sudden, you receive a call that just disturbed your entire atmosphere. The weapon used was carnal, but the source was spiritual.

You had everything planned out for the day and what you were going to do to enjoy your “me” time. Until your adult child calls with some not so good news because they made a decision based on a temporary emotion. The weapon used was carnal. The source was spiritual.

You prayed early this morning, had your gospel music blasting, and you were focused and ready to take on the enemy. Just as soon as you sat down, someone came to you with some shenanigans and now you can’t even focus. The weapon used was carnal. The source was spiritual.

The job of the enemy is to take your focus off the Lord. He wants you focus on the problem and not the problem solver. If he does that, then you lose desire to seek the Lord and you enter the battle unequipped- in your flesh. It’s a setup! If you fight in the flesh, you will lose.

As difficult as it may be to understand this, our battles are spiritual! Jesus told us who we are fighting:

For we are not fighting against flesh-and-blood enemies, but against evil rulers and authorities of the unseen world, against mighty powers in this dark world, and against evil spirits in the heavenly places. (‭Ephesians‬ ‭6‬:‭12‬ NLT)

Your enemy is the enemy and whoever allows the enemy to use them, they have kindred spirits.

“You are of your father the devil, and the desires of your father you want to do. He was a murderer from the beginning, and does not stand in the truth, because there is no truth in him. When he speaks a lie, he speaks from his own resources, for he is a liar and the father of it.” ‭‭John‬ ‭8:44‬ ‭NKJV‬‬

Anything that is not of God is sin. That enemy could even be yourself and your mind.

Just as God’s Holy Spirit dwells in us to teach and guide us (John 16:13) the spirit of the enemy dwells in others to deceive the people of God.

The Lord gave us the tools to win, we have failed to learn how to use them.

We cannot go into battle unprepared. Otherwise we will find ourselves like the sons of Sceva-who we’re unequipped for the battle and found themselves running, naked, and Afraid.

Then certain of the vagabond Jews, exorcists, took upon them to call over them which had evil spirits the name of the Lord Jesus, saying, We adjure you by Jesus whom Paul preacheth. And there were seven sons of one Sceva, a Jew, and chief of the priests, which did so. And the evil spirit answered and said, Jesus I know, and Paul I know; but who are ye? And the man in whom the evil spirit was leaped on them, and overcame them, and prevailed against them, so that they fled out of that house naked and wounded. (Acts 19:13-16, KJV) 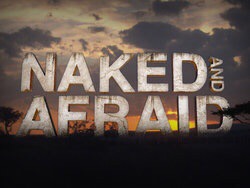 3 thoughts on “Naked and Afraid ”