Have you ever been angry with God? Perhaps I should restate this. Have you ever tried to remind the Lord of the sacrifices YOU have made and what HE said He would, but your words were a bit rash?

We have all made requests to God that didn’t turn out like we had hoped. When this happens, it is easy (in our carnal mind) to think we have a justifiable reason to question His decision. We start to wonder if the Lord heard us or just decided to simply say “no” to our prayer. We even begin to question His existence. Really? Okay that thought really calls for a Shut Up and Sit Down moment.

Wait a minute though. 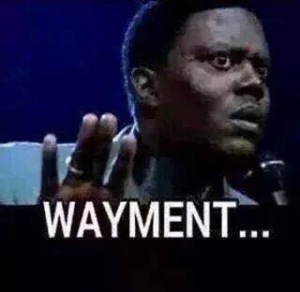 When we begin to approach God as if He is one of “us”, we are treading in dangerous water and uncharted territory. When we feel that God owes us an explanation as to why He chose to do what He did or did not do, we have forgotten who we are speaking about. Please don’t get it twisted. Let me help you a little bit.

The bible talks about being angry. It’s okay to be angry; however, when you have anger then there is a serious issue that should be addressed immediately.

Here, the bible says it is okay to be angry. Anger is the problem child.

“Get rid of all bitterness, rage, anger, harsh words, and slander, as well as all types of evil behavior” Ephesians 4:31 (NLT)

As stated in the scripture above, anger is an evil behavior. In the old testament, there was a man named Jonah. He became angry with God and tried to run when God called him to preach to his enemies. Later (after God sent a large fish to stop him), he reluctantly obeyed God and preached to his enemies. To the surprise of Jonah, his enemies repented and turned to God. Instead of Jonah praising the Lord and rejoicing, he became very angry (Jonah 4).

What is the point? Simply this: Jonah was angry at God – but God didn’t reject him. Shoot, Jonah could have been an appetizer for the whale. Get some business Jonah. 😤

Instead, Jonah needed to learn to trust God, even if he did not agree with what God chose Him to do. That’s interesting. How often do we get upset over something that does not belong to us? Your gifts, your talents and all your little knowledge was given to you but not for your will- but for God’s will to be done through you.

You may not believe this, but we are not in control of our lives. Either we present ourselves as a living sacrifice for the Kingdom of Heaven or the enemy and his imps. There is no in between.

Be careful who you direct your anger towards.

This also applies to a man or woman of God. We are so quick to absorb information from others without knowing the entire story. The Bible calls this damnable heresies. Then we allow our heart to become hardened over something that had nothing to do with us and our ears become garbage bags when what we should have done was cut the snake’s head off (the one planting discord) and began to pray. God is not pleased. 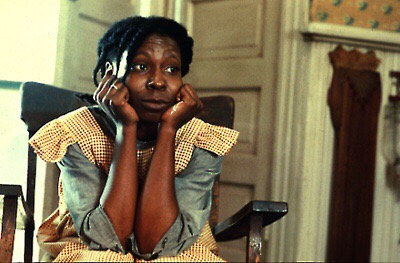 But I have this complaint against you. You don’t love me or each other as you did at first! Look how far you have fallen! Turn back to me and do the works you did at first. If you don’t repent, I will come and remove your lampstand from its place among the churches. Revelations 2:4-5 (NLT)

Regardless of our irrational behavior, God still loves us; He loves us so much that He sent His only Son into the world to die for us. Would God be wrong to afflict you because of your rash words towards Him?

“Do not be rash with your mouth, And let not your heart utter anything hastily before God. For God is in heaven, and you on earth; Therefore let your words be few.” ‭‭Ecclesiastes‬ ‭5:2‬ ‭NKJV‬‬

Surely your suffering would be justified – especially placing your mouth on something or someone that you do not understand. 🤔But He waits patiently for you to realize that He is not your enemy.

Be careful! Dont get it twisted. Whether you willingly surrender, God is in complete control.

4 thoughts on “Don’t Get It Twisted”