Respect: a feeling or understanding that someone or something is important, serious, etc., and should be treated in an appropriate way.

Disrespect comes in many forms. It can destroy relationships, families and friendships. Disrespect can also cause emotional pain, anger and resentment.  What hurts even more is the person who does the disrespecting, will brush it off, like it’s not important (and most likely it is not to them). When we feel disrespected by someone that we respect or a close family/friend, it hurts even more. Why? Because we are blind-sided; it’s unexpected and the reply is most often: “Nooo…from you?”

The Bible describes it this way:
For it is not an enemy who reproaches me; Then I could bear it. Nor is it one who hates me who has exalted himself against me; Then I could hide from him. But it was you, a man my equal, my companion and my acquaintance. Psalm 55:12-13 (NKJV)

Some signs of disrespect include:

Other words to describe disrespect include: Insulted, offended, rude, impolite and inconsiderate. Can you as an adult, parent, educator, grandparent, recall how you felt when that child was disrespectful? Oh, it’s a problem. 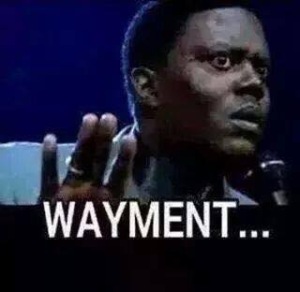 If you are a parent and you ask your child to do something, before they open their mouth, their physical demeanor can depict a sign of disrespect. I have had to remind my children many times of who they are, their role and my role. But my reply is often that of shock because I was not expecting THEIR reply.

After having a quick lesson in “Disrespect 101”, and all the signs demonstrating disrespect, how would you feel if I told you, you have been disrespectful to God?

For they turned away from following him. They have no respect for any of his ways. Job 34:27 (NLT)

We ignore the boundaries. One of the biggest boundaries is sin. How dare we approach our Father, through Jesus, without true repentance and separation from sin? Did you ever have a “worst” enemy? Someone you knew was out to make your life miserable? Someone you avoided at all costs because you knew it would result in someone getting seriously hurt? Satan is a total disrespect to God. How dare we ask God to accept us as we are (and how we continue to be) without even TRYING to live as He commands? We lie about not having an issue with sin, attempting to cover up. I got a question? How can you cover up or hide anything from the One who created you? If you as a parent, can recognize when your child is lying, do you not think that the OMNIPOTENT Father, knows when HIS children are lying?

Because of our faith, Christ has brought us into this place of undeserved privilege where we now stand, and we confidently and joyfully look forward to sharing God’s glory. Romans 5:2 (NLT)

God, the Father CLEARLY says that we cannot come to Him, without going through Jesus. Our behavior becomes prideful. Our prayers become selfish, placing our needs and desires before the purpose He has for us to fulfill. Sure, Jesus says to ask, but before asking for Him to do something for you, did you ask Him, what would He have for you to do?

Do you know what would please our Father most? Do you know how we can demonstrate our respect for Him? By respecting His Son, Jesus and the sacrifices He has made. Our relationship with God, our Father was restored by the blood of Jesus Christ.

For, there is one God and one Mediator who can reconcile God and humanity—the man Christ Jesus. 1 Timothy 2:5 (NLT)

Without respect, love is lost. Don’t lose your love for Jesus. Our life depends on our relationship with Him. I’ve learned that in order to gained respect, one must earn it.  In case you weren’t aware of the power His name possesses, I believe Jesus has earned and deserves respect:

When we were utterly helpless, Christ came at just the right time and died for us sinners. Now, most people would not be willing to die for an upright person, though someone might perhaps be willing to die for a person who is especially good. But God showed his great love for us by sending Christ to die for us while we were still sinners. And since we have been made right in God’s sight by the blood of Christ, he will certainly save us from God’s condemnation. For since our friendship with God was restored by the death of his Son while we were still his enemies, we will certainly be saved through the life of his Son. Romans 5:6-10 (NLT)

5 thoughts on “Put Some “Respek” on His Name”