About 6 years ago, on a warm summer morning, my family and I made plans to place some meat on the grill. Not for any occasion; just to have some meat from the grill. There’s nothing like firing up the grill in the summer. It’s faster, healthier and more flavorful.

On this particular morning, I decided to get up before my family to get things going early so that we could enjoy the rest of the day.  I prefer to grill in the mornings anyway. My husband had purchased this “fancy” grill, not like the traditional Weber. It was stainless steel with pull-out trays to place your cooking utensils on,  racks and all sorts of gadgets. I didn’t think it would work any different than the traditional grill- simply because it had a few more bells and whistles. Shoot it’s just a grill, right?

I began piling up the coals and mesquite wood chips to add some extra flavor. Mmm hmmm. I lit the coals and as always, added the charcoal fluid. Immediately upon adding the fluid, I was engulfed in flames. I began screaming and patting myself. Let me remind you no one was awake. The blinds were closed, the door was not opened but cracked; no window was open for anyone to hear me screaming because again, I was up early in the morning, preparing for our afternoon meal.

But, just as quickly as I saw flames surrounding me, they were gone! I literally heard the sound of a “swoosh” and I felt wind.  What happened? I checked my surroundings, patted myself, looked at myself and began screaming and praising the Lord. I cried so hard. I ran in the house. By this time my husband was coming out of the bathroom. He asked what was wrong. I shared with him what had just happened. He was in shock. All he could say was wow.

God had covered me.

There was a sensation of a burn on a couple of my fingers- you know, the type of sensation you would receive when your hand inadvertently touches the rack while removing food from the oven. At the time, my hair was longer than it is now. It smelled like smoke and was singed along the edges near my forehead and on the very ends where my hair would lay on my neck. Honey, that was a sign that my God had covered me.

But God sent my guardian angel to cover me.

You talk about praising God? I woke up the entire house praising God so hard. They were in awe. I went to my room, prayed and then laid across the bed weeping uncontrollably and reflecting on what had just happened.  Then I heard a voice say:

I immediately got up and read the scripture.

Psalms 91:4
He shall cover thee with his feathers, and under his wings shalt thou trust: his truth shall be thy shield and buckler.

Chile- It was over.

OMG YOU COVERED ME!!! The Lord let me know that He had covered me.

All I could imagine was myself being covered in flames, and just like the character Superman taking his cape and twirling  it around to shield someone… 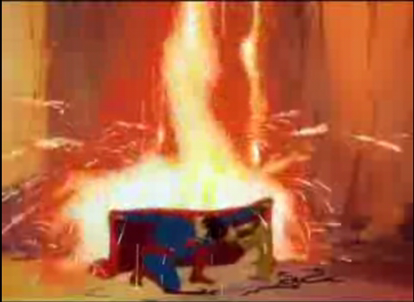 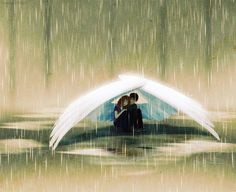 I don’t care if no one believes me. This isn’t about convincing anyone. It’s about a blessed assurance and hope. I know that JESUS IS REAL! and I know what happened on that day. He has proven himself to me countless times.

If you stop, pause for a moment and reflect, you too have a “But God” situation or two that have occurred in your life.

By the way, there’s an old saying: “If it ain’t broke, don’t fix it.” So, I went back to my good ole Weber grill. We went out to eat on THAT day. Lol.

Lord I thank you for dispatching your angels to cover us and keep us from seen and unseen danger. I love you forever. I do not need a reason to make my life a living sacrifice for you, but if I did, you have given many examples of why I should do so.

Thank You Jesus for keeping and covering us.