Have you ever witnessed a fight? Back in the day, Mike Tyson had the boxing world at a standstill, waiting for his next fight. The entertainment of it draws people. Think about MMA and UFC fighting- how brutal geez; but if you literally think about fighting someone, it is not entertaining. There is blood, there is anxiety and nervousness. There is so much that happens in a short period of time.

Reality: fighting is NOT pretty.

In 2 Timothy 4, we find Apostle Paul encouraging Timothy, and yet expressing what he has gone through for the Lord and how he had to fight. His salvation had a price.

2 Timothy 4:7
I have fought a good fight, I have finished my course, I have kept the faith:

Paul could encourage Timothy because Paul had been through some stuff. He knew what it was to suffer. He was beaten with rods, stoned, imprisoned, shipwrecked, and the list goes on and on (2 Corinthians 11:23-28).

Truly, Paul could say that he fought. He FOUGHT! But He could also witness that he won the fight.

2 Timothy 4:8
Henceforth there is laid up for me a crown of righteousness, which the Lord, the righteous judge, shall give me at that day: and not to me only, but unto all them also that love his appearing.

Honey, if that’s not a win, I’m confused. To know that you know, that you know you have a crow of righteousness- pshhh Paul could look beyond the suffering towards his eternal future.

Salvation does not come without a price. Let’s be honest. Life is going to bring many hardships. We will have to endure either as believers or non-believers. I’ll take my chances with Jesus. What about you?

What are you willing to fight for? Are you fighting because you refuse to lose Jesus? Will you fight for the salvation that was sacrificed through the death of another and might I add, not because we deserved it?

And you, who once were alienated and enemies in your mind by wicked works, yet now He has reconciled if indeed you continue in the faith, grounded and steadfast, and are not moved away from the hope of the gospel which you heard, which was preached to every creature under heaven, of which I, Paul, became a minister. Colossians‬ ‭1:21, 23‬ ‭NKJV‬‬

If someone was willing to die for us, surely we can be willing to fight for keeping the relationship with them. I am talking about Jesus. Are you willing to look beyond the suffering towards the purpose and beauty that will spring forth? 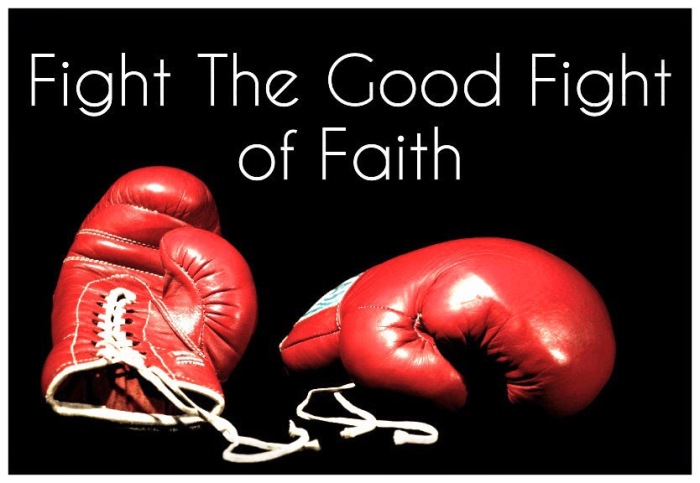